** This price is for 2 people, to be private trips, the price will vary according to those who make the trip.

** Being private trips, the price will vary according to the people who make the trip. 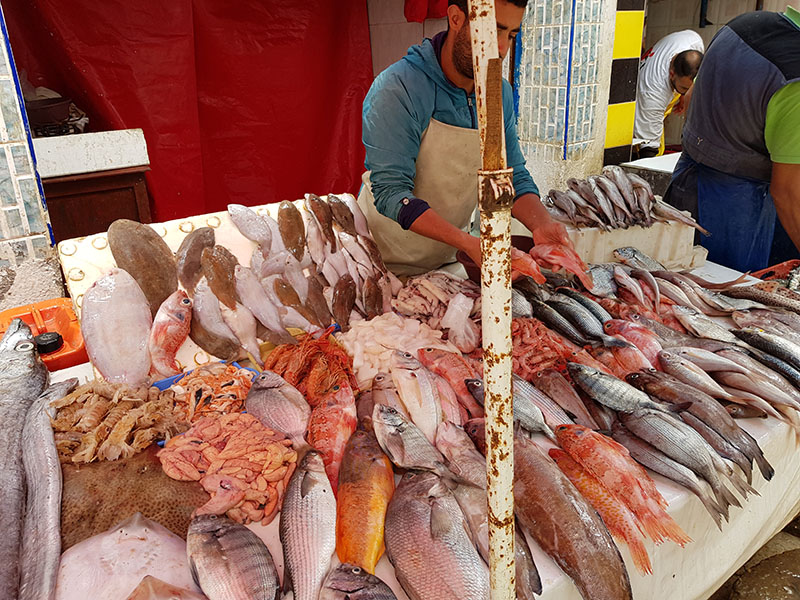 Departure in the morning at the time agreed to Essaouira. After breakfast at the agreed time, departure to Essaouira. This seaside town has earned nearly a thousand nicknames; “The Pearl of the Atlantic”, “Sleeping beauty”, “beautifully drawn” from the Arabic word Souirah, this world heritage city, maintains the charm and authenticity of a land lost in time. Here is where the Mediterranean: the last fortification walled on the Atlantic shores, whose houses seem to be cloned with the “white villages” of Andalusia.

Essaouira has become an essential to scale of any trip to Morocco.

Kindly and hospitable of the essaouiries character, will delight the adventurous Explorer since they live for centuries, at a crossroads of cultures, civilizations and religions.

The Phoenicians have here left their mark, and the splendor of this city dates back to their settlement, also continued the Roman settlement, the Carthaginians, Berbers, the Portuguese and the French.

Essaouira is a place where you can enjoy a fresh fish fresh out of the sea, I recommend it. 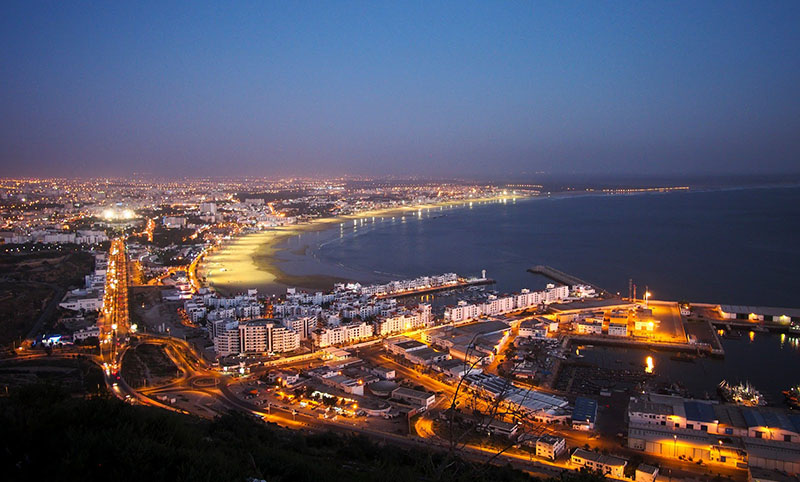 Departure in the morning enjoying through Argan fields and fields of citrus by the Souss Valley, located at the beginning of the Anti Atlas.

We can make a panoramic tour of the coastal city of Agadir and follow road to Taroudant, known as the small Marrakech, where we visit the ancient Medina surrounded by a centuries-old wall. Follow path until Taliouine, the capital of the Saffron.

Follow road to Foum Zguid, one of the doors of the desert, where we spend the night. Dinner and accommodation. 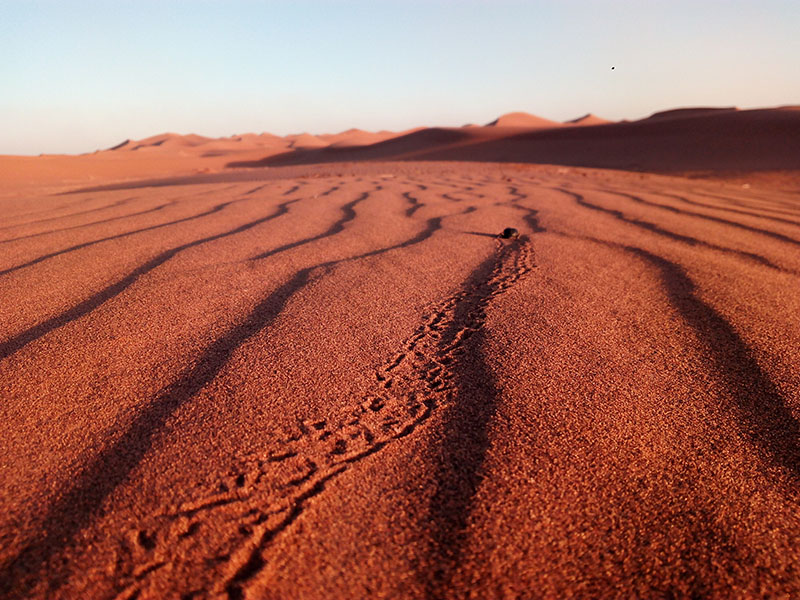 Departure after breakfast toward the wild desert of Erg Chigaga. We will leave the asphalt road to go into the desert crossing Lake Iriki. We will make necessary stops along the way.

Upon our arrival we expect dromedaries to watch the sunset from the large dunes. We returned to the camp where we spend the night in tents. Dinner and accommodation. 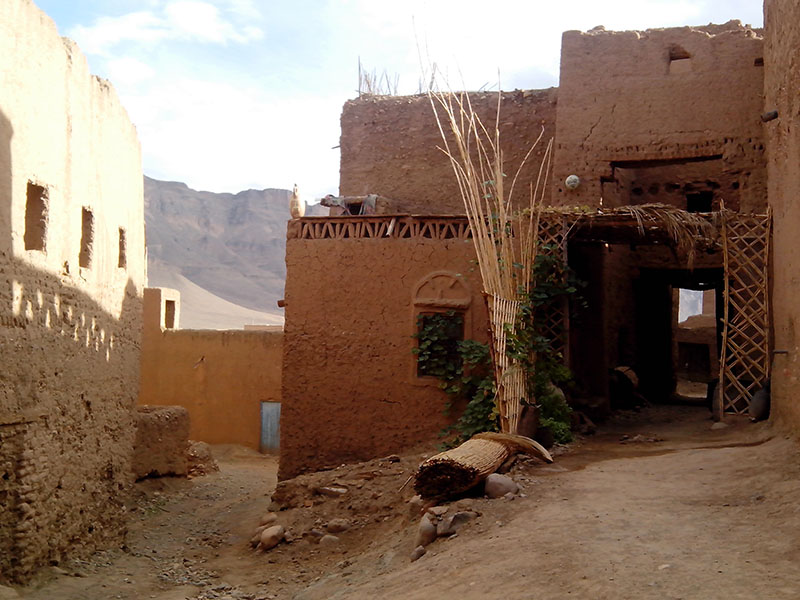 We leave in the morning to M’Hamid, population that is in the region of Zagora, in the Centre of Morocco, and is recognized as one of the places where begins the desert of Sahara, is small enough to explore it on foot and there are many places that you can explore. One of them is his mosque, which you can only see out because, like most of them, is closed to people who are not Muslims.

Continue towards Zagora stop on the caravan route, place of reflection and well-deserved rest. Be amazed by the friendliness of the people, dazzled by the traditional architecture, exquisite cuisine with flavours of spices and the variety of landscapes such as the palm groves and dunes that are there.

We continue towards Agdz, whose literal translation would be “resting place” is a small village in southeastern Morocco, situated at the foot of the mountain Djebel Kissane and following the course of the Draa River.

In the past, Agdz served as one of the points of caravans between Marrakech and Tombouctou, still at that time a bustling village of great economic importance to the region. 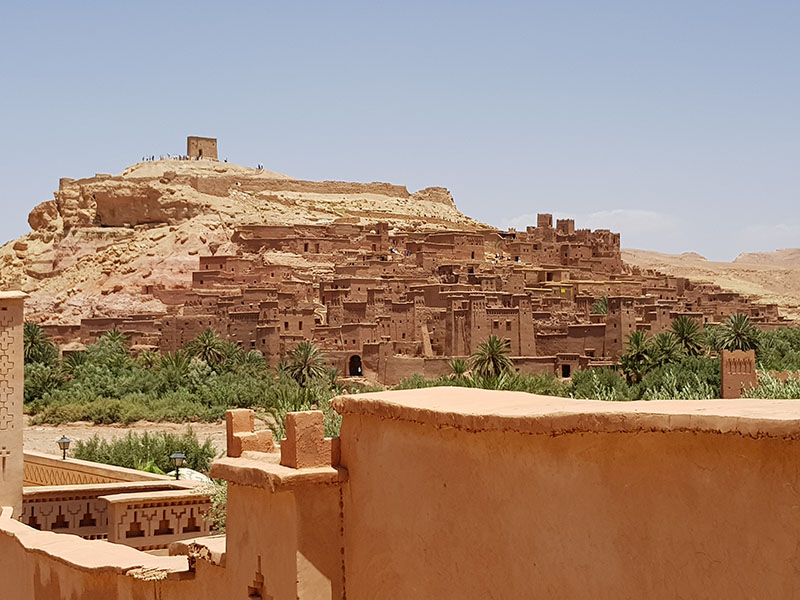 After breakfast we left for Ouarzazate, and visit the Kasbah of Aït Benhaddou, it’s a spectacular village of clay and stone buildings surrounded by large walls, which make it one of the most beautiful places in Morocco and obliged point of visit for all those tourists who plan to meet the North African country.

The kasbahs were formerly large Berber villages walled designed aiming to defend the harvest and the Palm trees that grow alongside its runways. These people were big business and agricultural communities with a very particular vision of the religion of Islam.

AIT Ben Haddou is declared patrimony of the humanity by UNESCO, not to mention its high demand and recognition in the cinematographic field for the realization of great films such as Lawrence of Arabia and Gladiator, initiative, widely accepted by the locals due to the significant extra that it poses to the economy of the town and surrounding area.

We will pass through the town of Telouet, it is an ancient kasbah, Glaoui situated 136 km from Marrakech, 1650 metres above sea level. Ancient capital of the country Glaua, which are the ruins of the Palace of the Glaoui Kasba of Andalusian style, were the Lords of the Atlas and Pasha of Marrakech until the independence of Morocco.

We will continue towards the red city, (Marrakech).

End of our services.